Tigers pushed to brink of extinction

Another wildlife trader has been stopped. In June this year, our Sumatran Tiger Team helped carry out a huge bust, confiscating tiger skins, teeth, claws and bones, as well as many other species. The illegal hunting and trading of Sumatran tigers is a bloodthirsty business. And it’s pushing these Critically Endangered animals – and many others – to extinction. 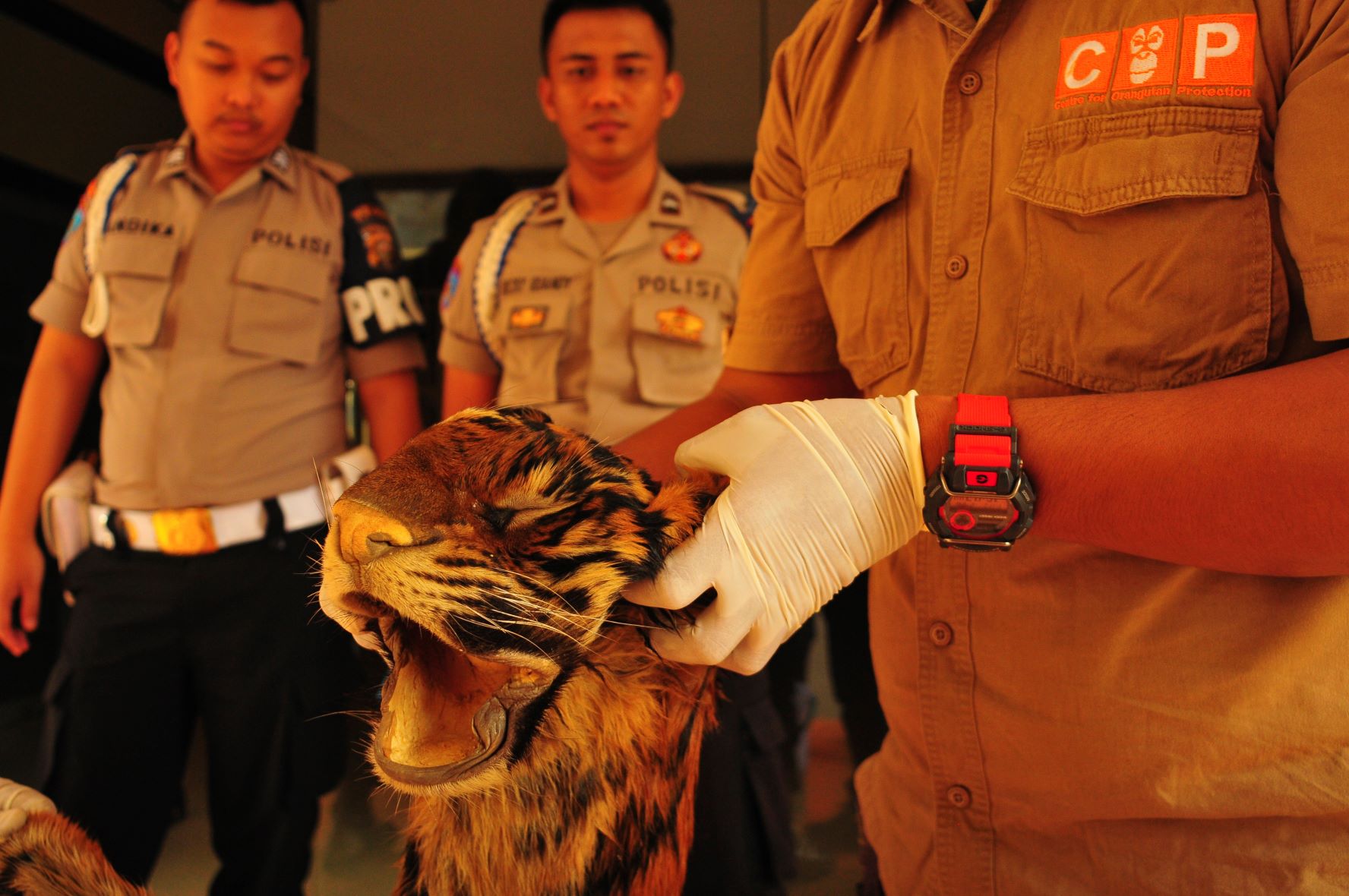 Although it’s too late for this tiger, our rangers work every day to save the remaining tigers living wild and free in the Sumatran forests.

You can be part of their team with a donation towards our anti-poaching patrols.

The only place tiger skin belongs is on a tiger. The horrific animal trade that feeds people's desires for tiger body parts is pushing this magnificent big cat to extinction. Tigers die horrific deaths in snares and traps. Their bodies are then carved up to be sold off to the highest bidder.

With less than 400 Sumatran tigers left in the wild, it’s a real possibility that Sumatran tigers will die out in our lifetime. But we know that with our rangers patrolling the forest, removing snares, and helping arrest and convict wildlife criminals, we have the best chance to safeguard the populations who remain. 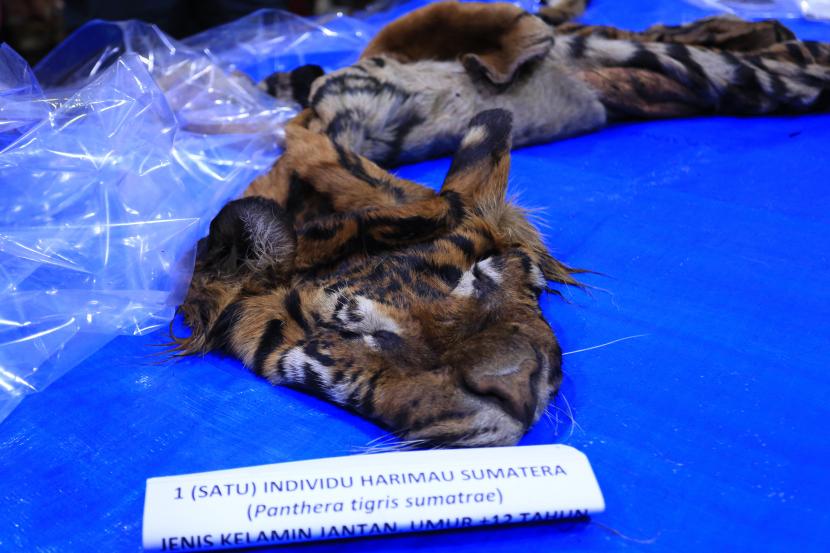 Our team was investigating reports of a trader selling the skins, teeth, claws and bones of a tiger, but when they entered the house with the local authorities and police, they discovered so much more: the bodies of thirty stuffed animals. All these species are endangered, and it’s heartbreaking to imagine the forest without them. Below you can see just some of the thirty species confiscated by the local authorities, the BKSDA, police and our Tiger Patrol Team. 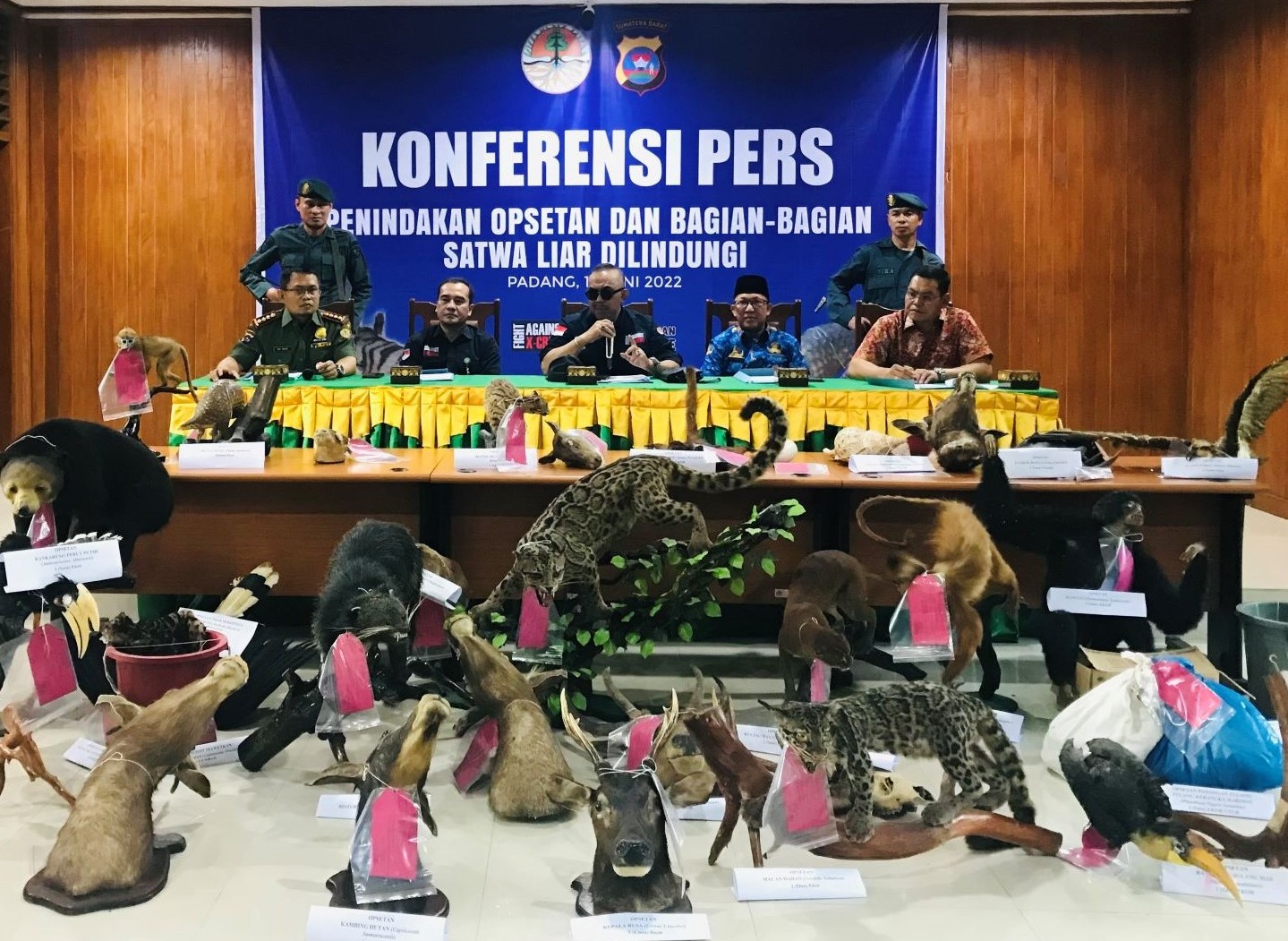 This trader is one link in the illegal wildlife syndicates. If he hadn’t been stopped, he would have sold these preserved animals to others who trade in endangered wildlife, further perpetuating the trade as the profits rolled in.

Your donation today can help stop this.

As well as Sumatran tigers, other species confiscated included clouded leopard, rhinoceros hornbill, pangolin, gibbons, flying squirrel, pana eagles, Sambar deer, leopard cat, golden cat, binturong, sun bear and monkeys. But we know this is only the tip of the iceberg of wildlife trafficking in Indonesia. 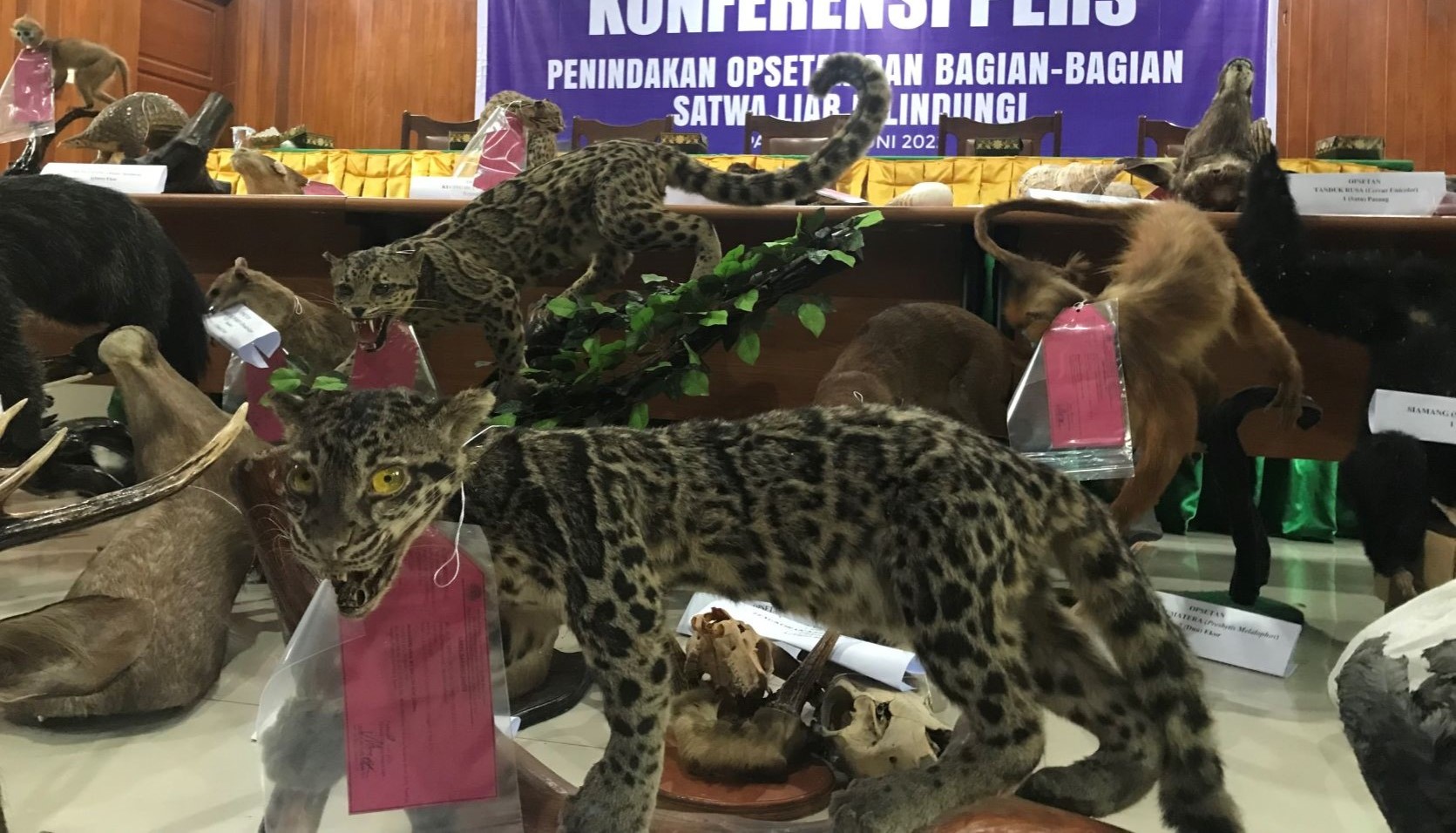 The wildlife trade is worth billions of dollars annually. The problem seems insurmountable, but we know that with support from people like you, we can save tigers and many other species from snares, poachers and wildlife traders. And from extinction. The more we disrupt this horrific trade, the more we send the message that these species have protectors.

Sumatran tigers can’t fight back, so we must do all we can to save them from poachers and extinction.

Donate today to help save the remaining Sumatran tigers from hunters.

Below you can see some of the Sumatran tiger body parts (claws on the left and bones in the middle) confiscated from the wildlife trader, along with a stuffed mounted golden cat (right). 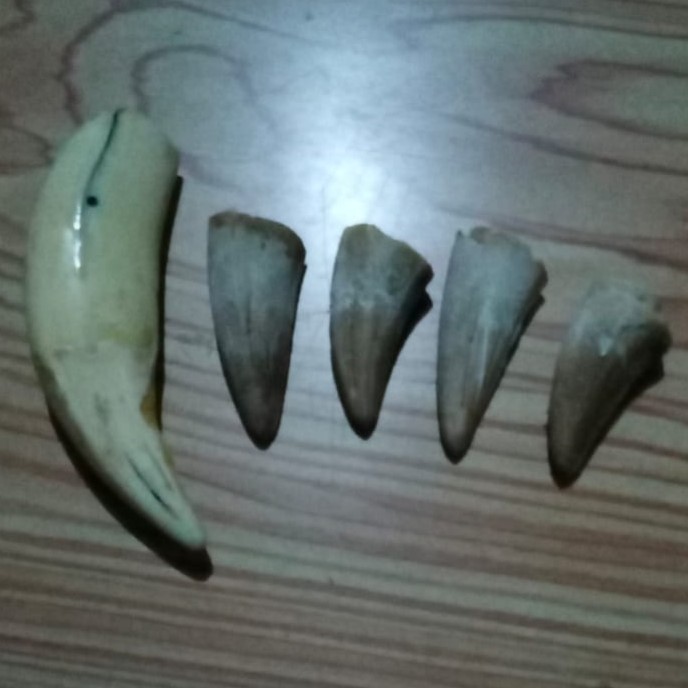 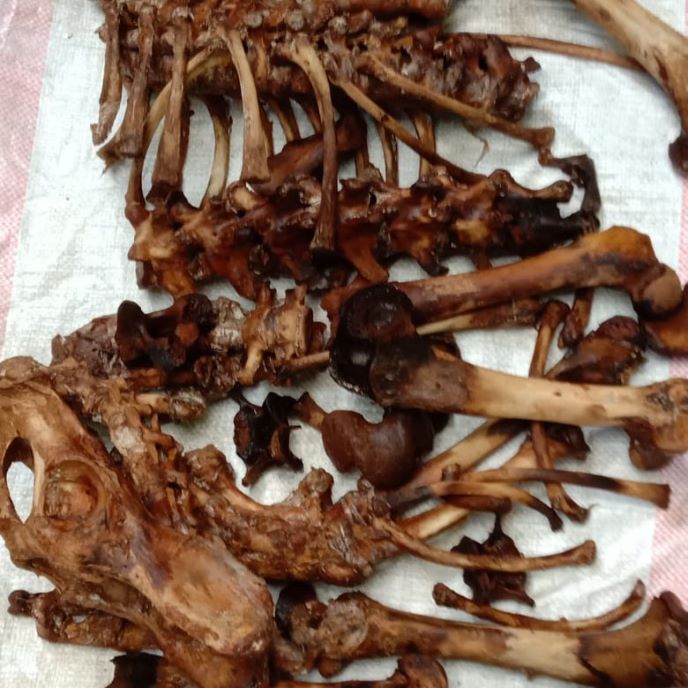 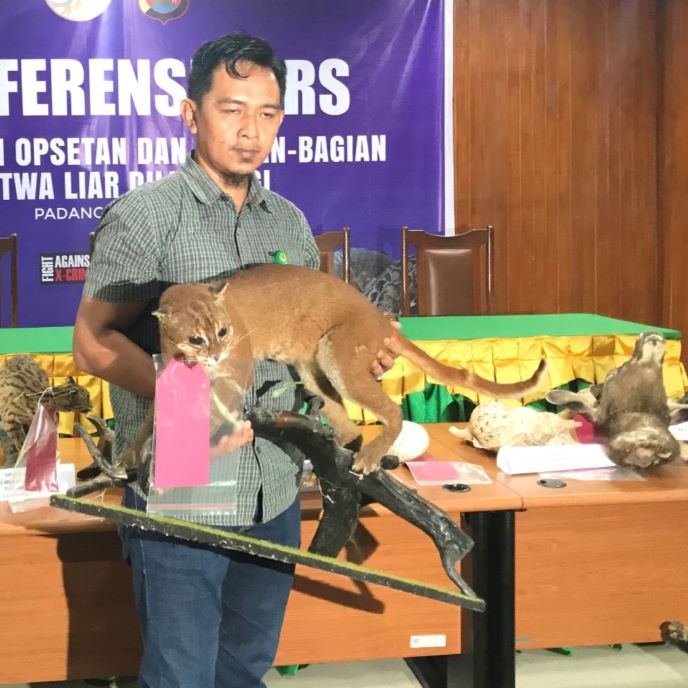