In the past three years there has been an increase in tiger attacks on livestock in the Batu Jongjong Village in North Sumatra. This conflict has a huge impact on the community, who feel afraid to work in their gardens and farms, and have lost cattle to tiger attacks. To protect themselves, the community sometimes retaliates by setting traps or snares for tigers. This conflict risks both the safety of the community and their livestock as well as the tigers themselves. Our partner Sustainable Green Sumatra (YSHL) is working with the community to help protect tigers and reduce the conflict, and we’re proud to be funding this project. 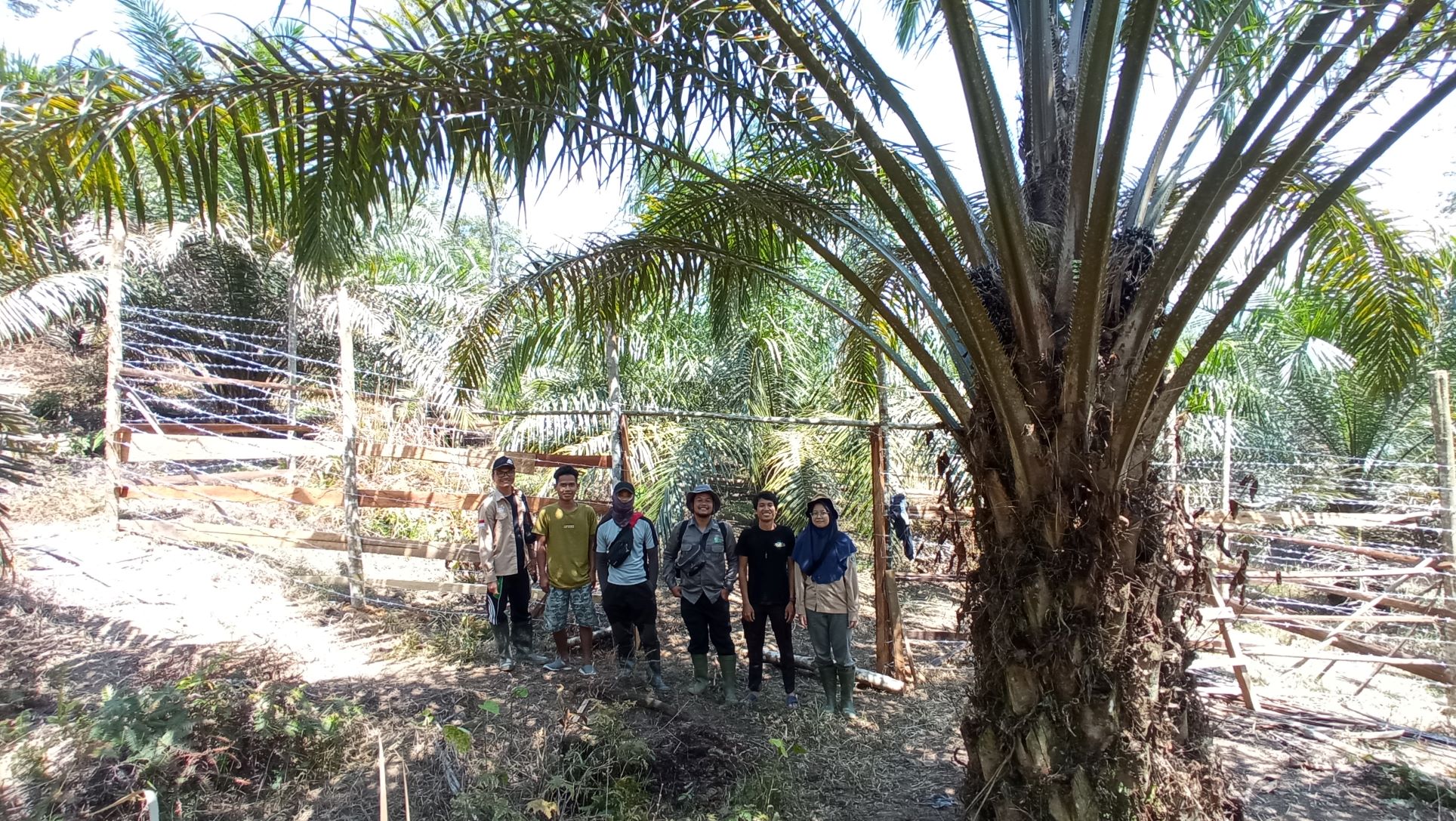 Above: local farmers and the team from YSHL after construction of a new tiger proof enclosure

At the start of the year, the team from YSHL were patrolling the forest with local authorities from the Gunung Leuser National Park. They came across the carcass of a calf that had most likely been eaten by a tiger. The site was just over two kilometres from the boundary of the national park. It was very clear to YSHL that they needed to work with the community to protect tigers and change the situation for all. So they developed the Sumatran Tiger Conflict Mitigation and Adaptation Program.

YSHL believes the main cause of the human-tiger conflict is the community’s pattern of breeding and releasing their cattle on the edge of the forest area. They release them into the wild or tether them in the middle of their gardens or on the outskirts of the forest close to water sources. One of the first activities YSHL are doing with the community is to construct tiger proof enclosures (TPE) to better protect the livestock. 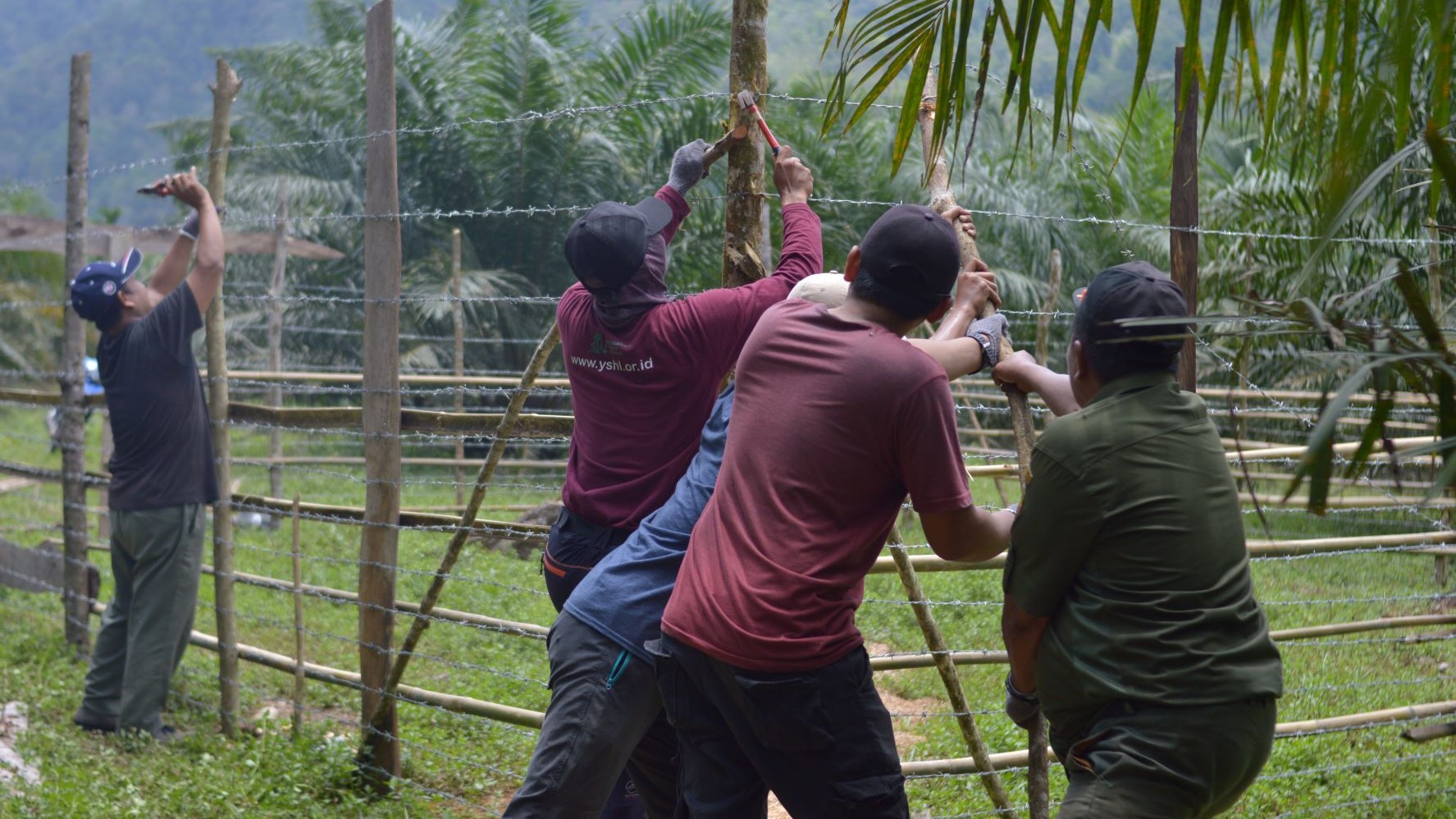 Above: farmers and the Sustainable Green Sumatra team working hard to create sufficient tension in the wire of the fences

Other key components are an activity they call ‘socialisation’, which involves meeting with community members to educate and inform them about tigers and how to avoid conflict and adapt their practices to reduce the likelihood of attacks. They also patrol the Gunung Leuser National Park and the forest edge, monitoring and patrolling areas to anticipate tiger conflicts.

With the increase in tiger attacks, the community's demand for TPE is very high. This is the most urgent challenge, considering that many tiger attacks can occur each year. Installing tiger proof enclosures for their livestock is so important that all the farmers have asked for an enclosure on their farm.

YSHL always asks the farmers and community to work with them to install the enclosures. Each TPE is 10m x 10m and almost three metres high, made of wood, bamboo and wire. The farmers and the team work together to prepare the location for the enclosures. One of the ingenious aspects of the design is that they use live saplings in the fences. When a tree is alive and growing, it will become a solid pillar because its roots will dig into the ground, making the fence even more stable. 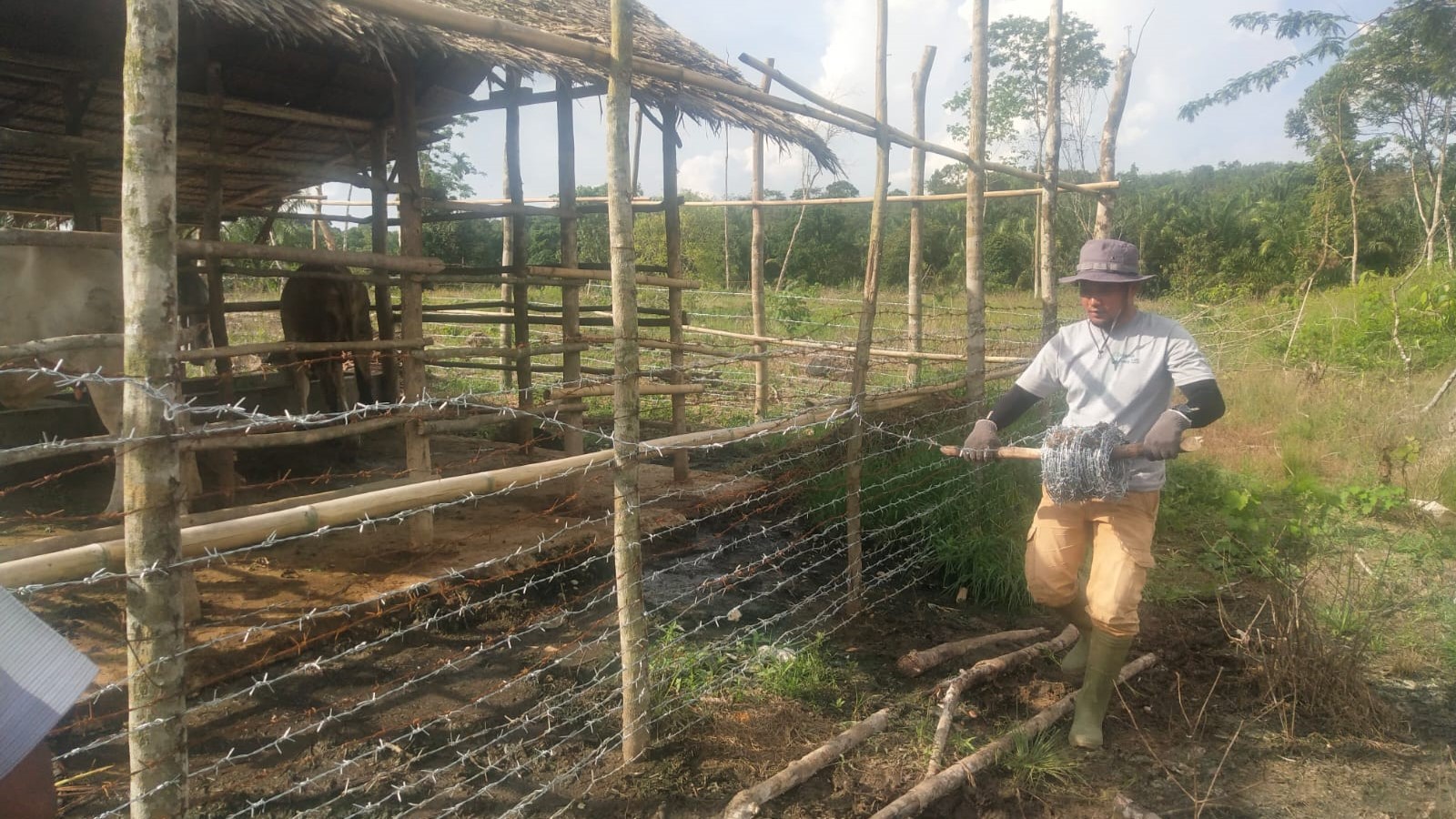 Above: A farmer unrolling barbed wire along the fence, with the livestock protected inside the enclosure

The human-tiger conflict often occurs because tigers and humans are struggling for limited natural resources in the area. The legal and illegal deforestation of the Leuser rainforest is the cause, affecting all species who rely on the forest, the rivers and the rainfall it provides. We’re proud to support this small community and Sustainable Green Sumatra, who are working hard to protect and save tigers. We know this is just the start as there are many other communities living along the forest edge.

Below you can see a completed TPE, the YSHL team and local farmer constructing a second TPE, and a tiger pawprint the team found on the forest edge near the village. 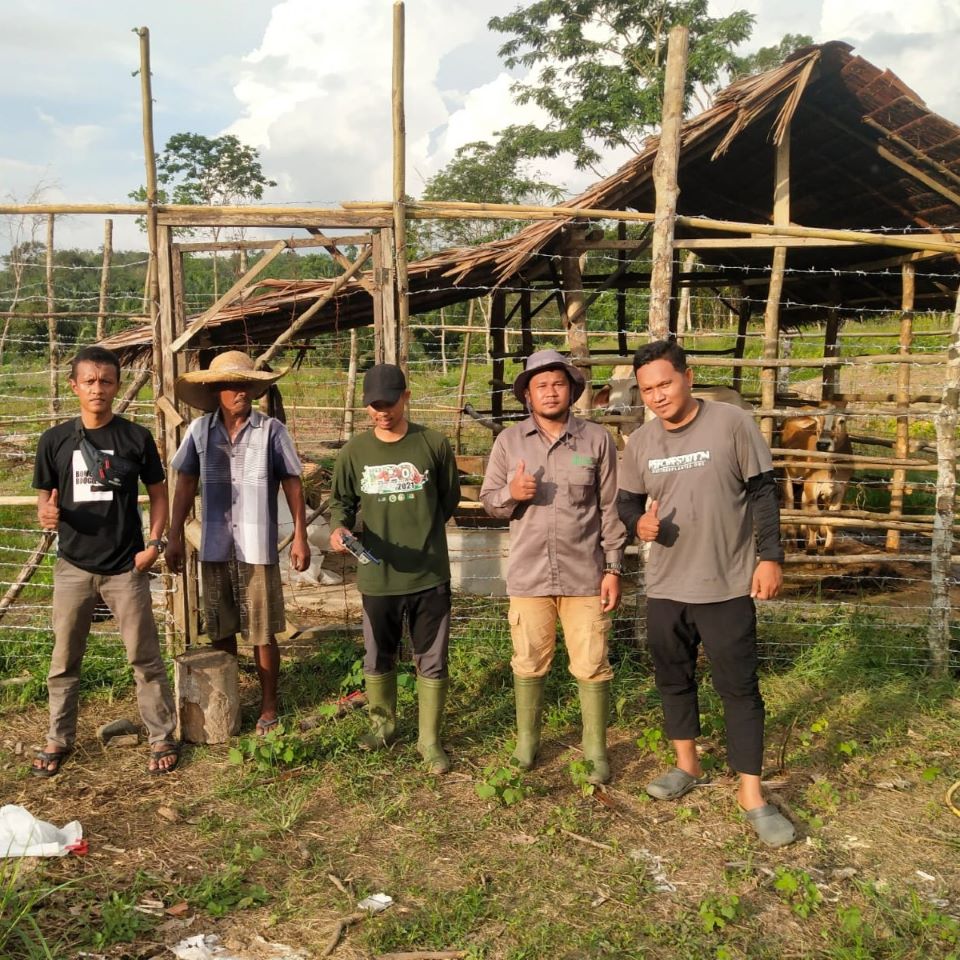 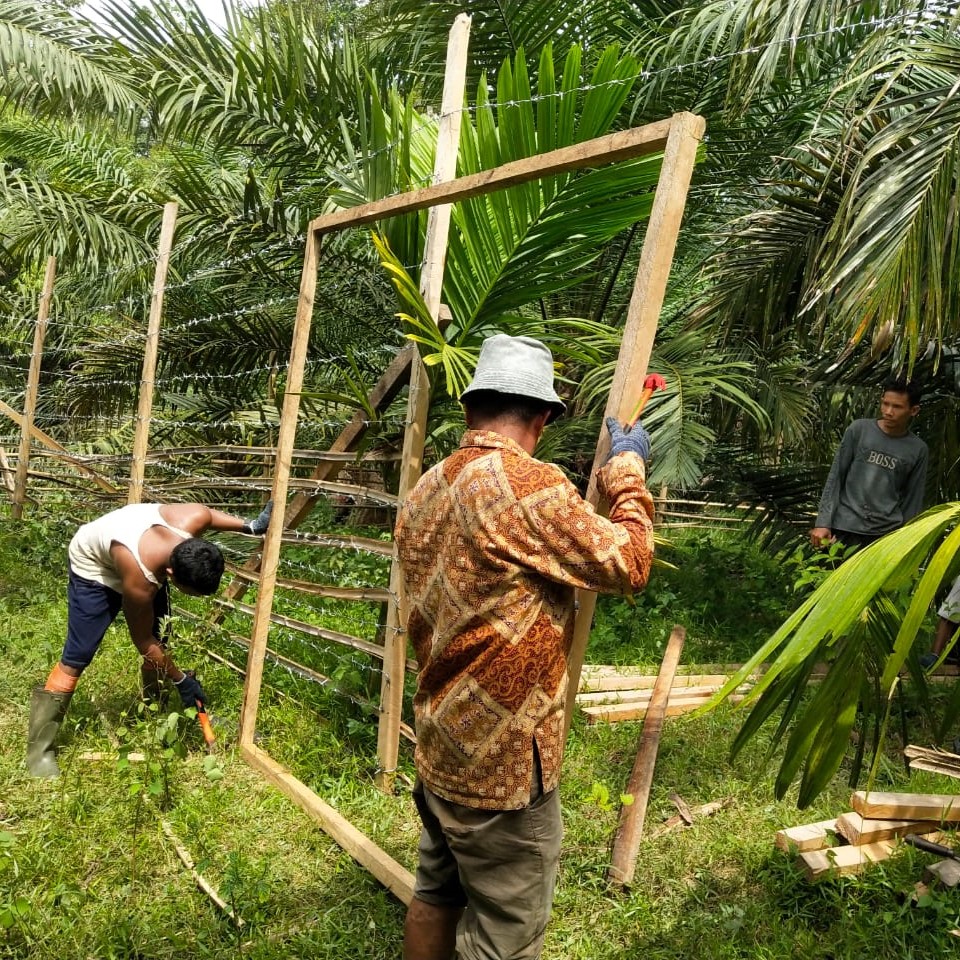 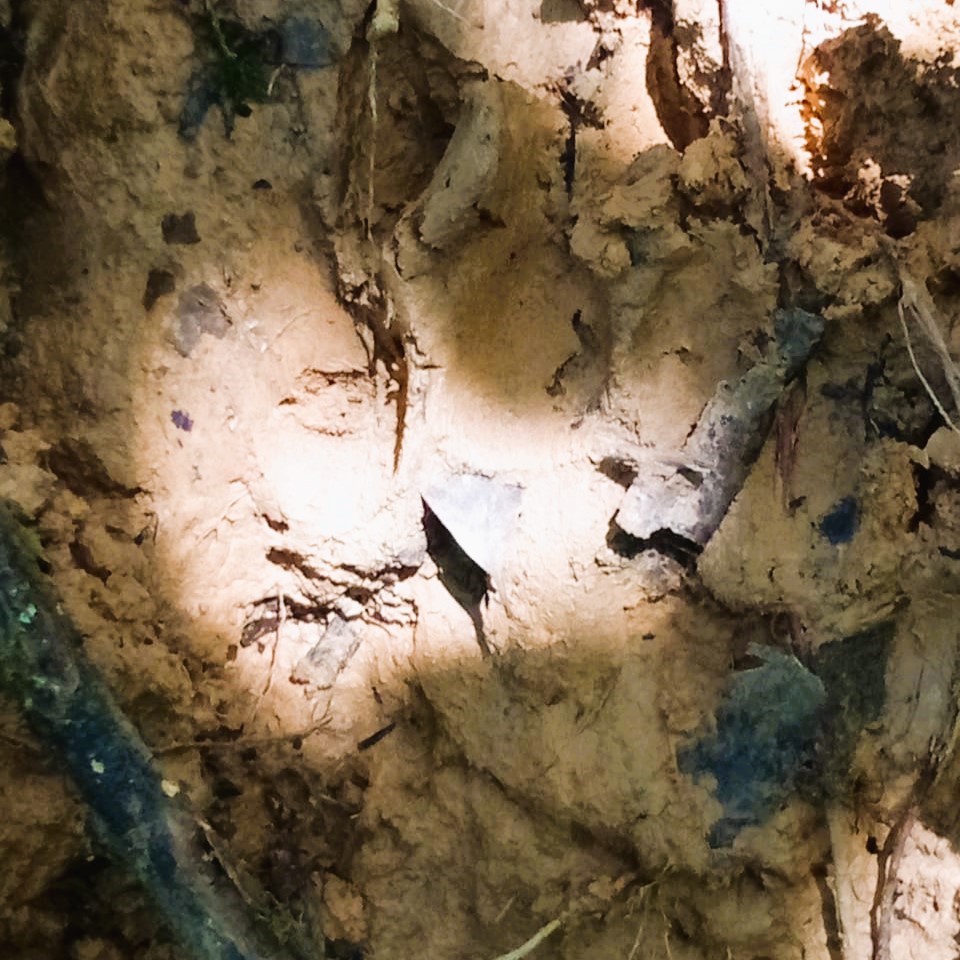